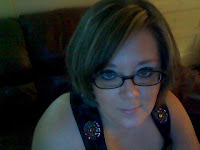 I think I have officially become one of "those people"! A non-smoker! I have smoked on and off since my early teen years and quit here and there but it never lasted and smoking never bothered me. I just quit because either it was what you were supposed to do, right. I had this little thought at the beginning of this year that i wanted to quit smoking...for good. I played around with this idea for several months, i would run out and not go get anymore for a few days, but end up around someone who smoked and just had to have one. I wanted to be healthier, but is hard..after all I had been friends with this nasty habit for at this point over half my life. Enough was enough time to get serious, no it wont be fun but I could do this right! So I picked a quit date, May 18th (I think, I forget), this was my day. About 2 weeks before that i had seen my family doctor and she prescribed me chantex (again) telling me to try it and if it ended up i really wasn't ready we could try again later. I also had an appointment with my new endocrinologist for a follow up for my diabetes on May 17, were as always he ask "are you still smoking" and as all doctors do reminded me how bad this was. I told him i was quitting and he had the nerve to ask "When?"! This is when I had this little argument in my head ..ok are we really doing this or not...so i reluctantly told him my quit date was the next day.
Telling him this, committing to this date out loud was scary for me. It made me feel like ok if i don't do this im going to be in trouble next time i see this guy. So tomorrow came and i just didn't smoke. I had been cutting down before this and using my chantex, which was helping with the cravings but also made my tummy hurt. And the day after that and the next and so on...I just didn't smoke. I became right proud of myself, I could do this.
That lasted for about 2 weeks or so before the bottom of my world fell out. On June 6th my father passed away. I wont go into much detail about that on this post but it was very traumatic for me the way that this happened. (not to say that any death isn't) Even through this though I knew I did not want to start smoking again. This was really hard and i did end up smoking 2 the night after his funeral...but i choose not to count these. The bad part about doing this was it brought the craving back up and the weekend after was also my birthday and I would be going out. I knew that being out and having alcohol was going to make me smoke. There is just something about a nice cold adult beverage and smoking. I did good though, i thought, Friday night I didnt buy any, I did however bum 8 off friends and Saturday night 5. This was a huge accomplishment still in itself because if you smoke you know how much drinking makes you want to smoke more. I also choose not to count these ;) ...after all it was my birthday and that happened to fall only a few days after loosing my father. All in all i think considering the circumstances smoking not even a pack that whole week I did pretty good.
Ok so even counting all that I have still officially been smoke free since June 14 (my birthday). Yes i still think about it once in a while but i don't give in to the urge. The reason I say i have officially become one of "those people" is because the past 2 days i have been around smokers. Other times i quit it never bothered me being around smoke, but these past 2 days it killed me. My eyes burned, my nose got stopped up, this morning i feel like i have been in a smokey bar all night and im loosing my voice. I sit here and think" i wasn't even smoking" and cant imagine how i used to smoke like i did. I found myself yesterday while "playing" at my aunt's house when she ask if she had to go outside to smoke when we were in her art hut telling her i wish she would. Her art hut is a 12x12 building with a/c and all the creative art stuff you could ever think of...fun! I never in my life thought i would be one of those people..one who says "please don't smoke around me" but after the way it made me feel being around it and even this morning waking up and feeling like im loosing my voice I can see this phrase coming out of my mouth more often.
Email Post
Labels: smoking