Complete with a Tent Parade

When the world says, "Give up,"
Hope whispers, "Try it one more time."
~Author Unknown
Im just not feelin it today, the allergies have gotten the best of me and I'm in attempts of not being sick! However after much procrastination and unhappiness with my progress in general the past couple weeks I figured I would give you an update and let you know how the camping trip went while I sit here sipping my hot Earl Grey tea.
OK..first the fun stuff :-) ! The camping trip was allot of fun. I haven't been camping in years and years, like it was long enough ago that I was not an adult yet. Our entourage included 2 adults and 3 kids, I come from a huge family so being outnumbered by kids is a common thing. We decided to go to Pilot Mountain, Its only a little over an hour away, not to far for a spontaneous little one night trip.   (yea that was originally written 3 days ago,my attempts of not being sick did not work)

My attempts to not be sick resulted in bronchitis, a lovely Zpack and some oral steroids along with a hella strong inhaler which all = super Hi bg's untill im off the roids. whoohoo..not


Now for the interesting part of the story..We get there try to pay for a spot and they say " just drive on up find one, set your stuff up and come back and pay", ok no problem off we go. Found a great spot next to the bath house, get her ginormous tent set up on the first try and off my cousin goes to pay for our lovely little home away from home for the next 24 hours. Simple enough right...WRONG!!! She gets up there to pay and they say "oh that spot was already paid for earlier", well there was not a reserved sign on it nor was there a single thing on the site. This leads to about an hour and a half of her in the office with them trying to figure out what to do because by now all the other sites have filled up as well. Finally they decided ..ok we can move you from site 25 to site 7, they left early(mind you this is at the other end of the campgrounds). So here comes the park ranger to help us move and the little old park host (this man had to be in his 70's or 80's) with his club car that we can put the partially disassembled tent on to walk it down to 7. Great, fine, whatever off to 7 we shall go because who wants to pack it in and disappoint 3 kids right! We get to 7 get it set back up are just starting to put the stakes back in and you guessed it! some guy comes up saying he already paid for and reserved 7!!! Turns out it was a single night double booking not someone who left early :(
At this point we are about 3.5 hours into "setting up the tent", the kids are getting ornery and hungry but who can blame them. The park ranger says he" will not make us leave even if he has to make a site or put us down at the river" to which i tell him  "fine whatever, I like water"..in a nice way(just barely). They end up deciding to put us on the host's tent pad he doesn't use due to the fact he has an RV, which once again happens to be on the other side of the camp ground! (Now this next part I would pay to have a picture of) 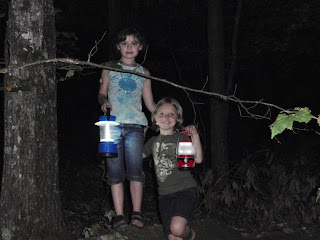 Now this next part would either make you just want to cry or laugh hysterically...we choose to laugh! The park ranger suggest we just walk the tent around so we don't have to take it apart again. So off we go..Me, my cousin, the Park Ranger and the little old man trying to carry this tent, oh we also stuck her son up under the middle holding it up so it wouldn't drag haha! I think right around the corner turned out to be about a quarter of a mile for out "tent parade". We had people coming out to take pictures and going back to there own site to get others because you just had to see this! Needless to say about 5 or so hours later the damn tent was set up! We have a great story and it was time to get our camp fire on so we could cook some hot dogs and make some smores. We did end up getting our site for free but it cost me a site (insulin pump site) and they run about $30 each before insurance should i run out early!

Ok the actual update part will have to come later I need to attempt to go to class!