"All the art of living lies in a fine mingling of letting go and holding on." 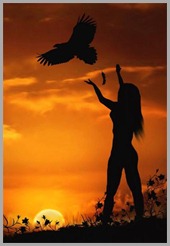 For me 2010 has been more about Who and not what when it comes to letting go. As I already mentioned I lost my Father in June of 2010 but since I  have already talked about that some in my first #Reverb10 Ill move on to the other person I have worked on Letting go this year.

In 2009 the end came to a 3 year engagement with my X. Allot had gone on as with all relationships and it was not any one persons fault …and of course as with most breakups it was not handled as well as it could have been, but lets face it when are breakup’s ever easy. Why am I talking about this a year and a half later, well until recently although separate we still talked often as friends. With out all the dirty details talk came and went about the possibility of giving it another try but I could never commit to it. I don’t know that I could ever trust him not to run again when the going got tough. Eventually he started to date some one, but still contacted me. I let this go on for a while, he was comforting, he knew me, it was easy to let him comfort me after all that happened in 2010 with my Father and a few other things. Still though this didn’t sit right with me, he would say things that I know if I was his girl friend I would have a problem with which I eventually called him out on and he apologized. I know that more than likely If I called him up and said ok lets give it a try right now he would leave her but that’s also not right and not what I want or need. As wonderful as he was during some really hard times he is no longer the man I loved or what I need in a relationship, I just missed what was when it was good. It is amazing after the dust settles how much of the good you remember and how some of the bad fades away.

About a month ago I made the decision that our “friendship” was not benefiting anyone. It certainly was not helping me move on in my life and his actions could not be good for his new relationship in any way. I made the decision to finally let him go completely and move on, I deleted him off my messenger, my phone…everything. I didn’t have any discussion with him about it, I just cut ties. I believe it is the best for both of us. I have heard from him a couple times via text message since then but have yet to respond and deleted both messages so I still do not have his number stored.

Why is this important, why do you need to know my relationship history …well this is part of letting go of the past and negative things in my life. Without letting go of things or people like this I cant move on. I cant become a better me tethered to my past. No its not always necessary to end all ties with your past, but in this case at least for a while it was for me. It’s not just about him specifically though, it is also about letting go of negative self images I developed while I was with him. It is about starting fresh, finding a new self.
For 2011 I want to really work on letting go of bad habits like my superior skills as a procrastinator. (Seriously I could win medals in this) I want to let go of bad eating habits and stick with new ones that will help me be a better me. I want to let go of all the negative things and people that keep me from where I want to go on this journey.