#Reverb10 December 1st
Ok so I joined #Reverb10 a little late and I have some catching up to do, but here is Dec. 1st topic 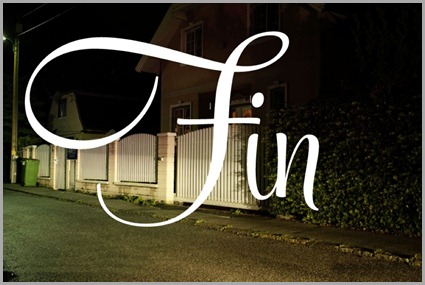 Fin: French for “finished” or “the end”
“This is not the end. It is not even the beginning of the end. But it is, perhaps, the end of the beginning.”
Winston Churchill
My word for 2010 is Fin. I am choosing Fin instead of finished or end because, well it is prettier. The end does not always have to be a bad thing and it often signals the start of a new beginning as well.
2010 had lots of endings for me but the most life altering was the loss of my father, but lets start at the beginning.
At the end of 2009 I heard this quiet little voice talking to me saying lets make some changes. It kinda hid in the background lingering but not being too pushy. This little voice said hey what about if we take a fitness class next semester at school, that would be fun right, lets see what they are offering. This led to me signing up for a swimming for fitness class spring semester of 2010. Crazy right who wants to swim in January in the freezing cold! Thankfully the pool was inside