And so it begins…

“Our intention creates our reality.” 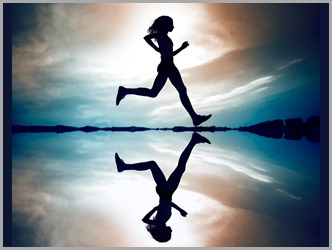 Last year this time: 224ish lbs. (I know it was at least this high and I wasn’t on speaking terms with the scale)

Ok …on to my usual ramble that may or may not make sense haha! Lets start with my quote today “Our intention creates our reality”…Some would argue the “The road to hell is paved with good intentions” and it very well may be, my intentions my take me through hell to get where I'm going. Nothing worth having was ever easy, and I’ll see you on the other side!

Right now that little whisper that started last year is a deafening roar saying “YOU CAN DO THIS!” Will it stay this loud..well probably not, but while it is it’s the perfect time to get busy and get back in the swing of things. Get a routine going again and gain some momentum.  Since most of my weight loss success last year happened in the first half of the year and Life Off the D List didn’t start until August lets revisit what got me there the first 6 months of last year…What was different?

It’s simple, I ate less/better and moved more...period. While I was not tracking my food really or on any specific diet I just tried to eat less and eat better. I still had what I wanted just more in moderation. The thing that really did it though was moving more. I was enrolled in a swimming for fitness class for credit at school. This meant that I was swimming laps for an hour 3 times a week. Yes some weeks I missed a class, but some I also stayed after and did more or came in on days I didn’t have class. This burns on average depending on what stroke your doing and how much effort your putting into it 600-1,000 calories an hour. That’s allot! Even eating still kinda crappy sometimes this still worked.

Being not the most organized person in the world I fight tracking my food. Yes being a Type 1 diabetic I have to count carbs but its not the same. I quickly look at carb count and how much I'm eating, put it in my pump, bolus and that’s it. To bad insulin delivery isn't based on calorie intake instead of carb count this would make my life much easier lol. But then again that just goes to show you a calorie is not a calorie is not a calorie. It matters what we eat. 15 carbs of one thing might be 100 calories and 15 carbs of another might be more than twice that. That being said I know when I'm eating something healthier even if I don’t count the calories…and I know when I'm having crazy amounts of carb input going on that I'm not eating how I should.

Keeping all this in mind my focus for January, not 2011, lets just start with January is to eat less/better move more. I don’t like New Years Resolutions, no one keeps them. Each day is a new start, a new beginning and a chance to get it right that day. No every day wont be perfect but as long as you try every day and keep going that’s what really matters.