The Good, the bad and the ugly 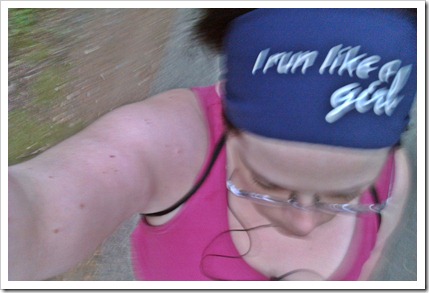 Well blogger world if you cant tell I have started classes again, which means that blogging has hit a lull. Here’s a little recap on things so far and some decisions that had to be made.

Ok what first…the good, the bad, or the ugly.

Let’s start with the ugly. If you follow me on twitter you may have noticed a huge F bomb drop on Monday. While I may say something every once in a while I don’t typically use the F bomb on twitter and don’t ever use it on facebook. Monday for me was spent in crisis and melt down mode the majority of the day. While I thought I had [this] resolved come to find out it was not completely resolved. [This] includes some problems with school that caused a massive problem with my financial aid and although I thought I had dotted all my “I’s” and crossed all my “T’s” there was a huge mess. I went in Monday to get my aid so that I could get my books before class started and found out that not only was I not able to get that but also my aid was going to have to be completely re-done also leaving my massive tuition bill unpaid. This meant not only could I not get books but also my classes would be dropped by today if left unpaid. Needless to say after dealing with [this] the past 2 weeks, thinking that it was over….this threw me into major crisis and meltdown mode. I’m talking office full of people and I can’t help but cry, lookin’ like Rudolph, snot everywhere,  nervous breakdown in my car, more crying, panic, panic, panic. I know it may not seem like that huge of a deal to some but for me with everything else right now it threw me over the edge.

This gave me panic and anxiety at a level I have not felt in a long, long time. Had I not already been in therapy and on medication for anxiety I truly do not know how I would have handled it. While there were lots of tears I still had to do what needed to be done. I had to fix this. I had to go to class. I managed to pull it together enough to go to class, but that was about it as far as I got for turning off the water works. By about 4pm I finally managed to pull it together with the help of some awesome friends, my aunt and the rockstar that is Fairy Godmother. Fairy Godmother (my therapist) had found out I was having a hard day and  called me spending over half an hour on the phone with me, is that not awesome or what! I sure needed it and I have the best therapist in the world.

I also received a bit of perspective thanks to my friend Kris up in Minnesota. She reminded me that I could be in Priorfatgirl Jen’s situation and that at least I was not having to deal with a tornado just having hit my home. That, indeed yes, it could be worse. In case you have been under a rock and don’t know the country as a whole has had some crazy weather and there were over 20 tornado’s within one day all over the country. Minnesota, Missouri and Oaklahoma were some of the hardest hit. Sometimes when we are in crisis mode we need a bit of perspective to give us that reality check that indeed yes we can deal with a situation. (Thanks Kris)

The good…..My first day back of classes eventually settled down, things were taken care of and the problems are being resolved.

The bad news is (ok it’s really not bad but it was a sad decision on my part) I also decided Monday that my upcoming half marathon I had registered to walk is a bad idea. Between all the problems with my knee and all of [this] going on it is just not the right time. I need to focus on school and make sure as well that I don’t injure myself permanently just to complete this.

Now I'm not giving up on this goal, just postponing it. I think it is time to see a doctor about my knee’s and keep it to some low impact workouts for a while. I do feel that in combination with the bone density problems I have a lot of this is directly related to what’s left of this weight I need to get off. I am finding that for the most part as long as I stay in the gym on either the elliptical or bike I don’t have that much of a problem, but when I take it outside or on the dreadmill I do. The impact of carrying around all this extra weight while trying to hit the pavement is taking it’s toll. It has gone from just some aches after a workout that day to when I hit the pavement it takes days (like 3 or more) for the pain to subside again. It is defiantly time to step back and talk to a pro to see what I need to do about this.

Now this dosent mean I am going to just quit working out but it does mean that I am going to limit myself to just gym time and cut the outdoor workouts for a while. (boo)

Talk about a serious case of the Monday’s!