How can I start 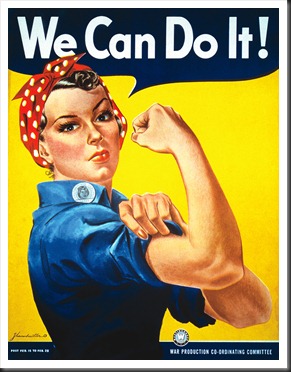 Earlier this week after one of my worst run’s ever at the gym(read 6 planned miles turned out to be only 1.5) I came home to a message on my facebook. I was truly flattered at this message. It is hard to believe that I have changed so much in this past year or so that someone wants my advice. This message is from a friend and fellow person with diabetes:

So I've been following your running adventures as statuses on FB... I gotta ask... I'm super out of shape since I have "benign sinus tachycardia". We're trying to get things figured out, and anyway - have you always been a runner, or did you just fairly recently get into it? If fairly recently, any suggestions on how I can get into it without the whole I suck, I can't do this, give up scenario coming into play? I used to jog a fair a

mount in high school and such, but honestly have been not very active at all since 2006 because of the sinus tachy stuff... I need to get off my ass and move once that's figured out... any brilliant starting out running tips?
Thanks!
Hope you had a good run today!

Here is what I had to say in return:

I am not actually a runner yet...but I will be ...my goal for this year was to complete a half marathon before my 30th bday in June. Complete, not run, I will run the next one. Considering I went from almost nothing of 3 or 4 miles on an elliptical to 13.1 the 4th of June and running all of it was just unrealistic. So right now I'm focusing on distance not speed. My suggestion is just start! you cant get there if you don't move...if you have access to a gym or elliptical or treadmill its a little easier and better on the ego starting there. Working on machines vs. outside are two different beast. I do about a 14 min. mile right now inside and 18-20 outside. there are lots of programs to help you get running like couch 2 5k (c25k) that build you up in short increments.

With diabetes of course make sure you pre-game so that you don't have a low. Although expensive as all get out I found out that cliff shot blocks work amazing ...I can pop one or 2 depending on my bg pre run and then 1 every 2-3 miles and stay pretty stable. I would recommend doing bg checks about every mile or 15min's at first ...then as you get used to what it will do to your bg you can adjust how often you do it.

Most importantly just remember that you have to start somewhere if you cant do much fine, build up, remember its an endurance sport. Start just trying to walk even for 30 min's...if that is to much try 20..whatever you need as a starting point is what you need...grow from there. I would also make sure that this is ok to start with your doctor and I find that If I go more than a couple days without doing something it sets me way back as far as building up endurance and speed.

This message came on a day when I really needed it. I have never given up on a run so much like that day but diabetes did play a little part in it. While I didn’t end up truly having a low at 1 mile in I felt my blood sugar dropping like a rock, I was sweating like I had done a half marathon and just feeling like crap in general. Part of this was my fault and poor planning on my part. I had not had much of a breakfast so I had tried to cheat the diabetes system. Although I had pre-gamed and should have been ok my body knew I only had fast acting carbs going and it was not going to sustain me for the 6 miles I had planned. I had a final that morning at school and was rushing just trying to get it in. Note to self: Fail to plan, plan to fail.