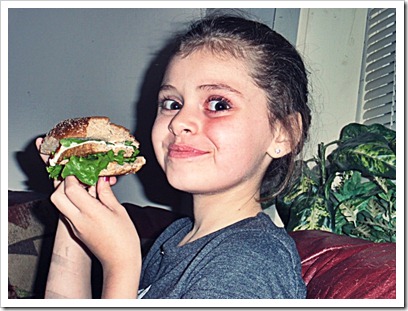 Last night was a sneak attack on the kid. I have been craving a vegie burger for some reason(even though I have never had one, lol) and wanted to try them for dinner. I knew that if I told her what we were really having she would turn her nose up, so mum was the word.

I decided on Boca Fire grilled vegi burgers. Problem one was the cooking instructions. I was not microwaving them for sure but I also did not want to pan fry them! I decided to toss them in the oven even though there were no oven directions. Ok time to pretend I know what im doing …humm, ok 400 sounds like a good temp, but for how long. I first decided on 30 minuets and figured I’d see how they were doing after that. I also decided to toss in a portabella mushroom I had left that needed to be cooked(you know in case the vegie burgers were nasty). 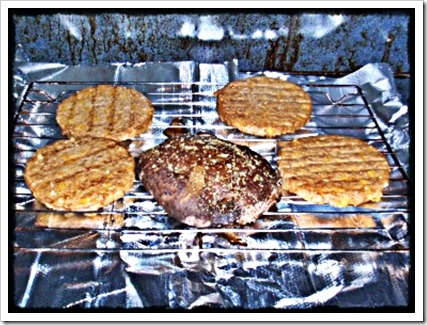 It was a good thing I made all 4! About half way through eating I told Taylor they were vegie burgers. She said “I’m glad you didn’t tell me cause I would not have eaten them”…muahahaha exactly why I didn’t! 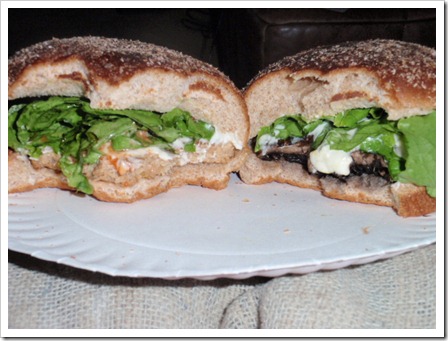 The Vegie burger was much better than the portabella and had I not seen it or known it really tasted very much like a regular burger and cold have easily fooled me. My only complaint was that they were supper thin. Tay loved them so much she went back for seconds! 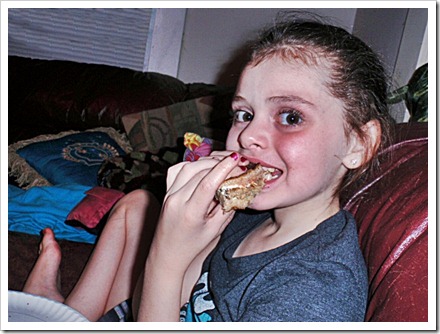 Yumm! Give these a try for a much healthier alternative 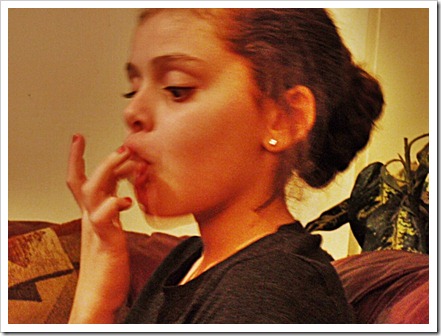